Welcome to the latest edition of our Financial Crime Awareness Bulletin. This bulletin considers recent developments and trends in the area of Financial Crime and is intended to bring them to your attention. We aim to raise awareness of key topics affecting the industry, highlight important issues, changes to legislation and re-emphasize the need to remain vigilant to the potential of being exposed to or indeed subject to financial crime.

Fraudsters are constantly re-inventing themselves and their angles to take advantage of almost every situation / service / transaction. There is no shortage of frauds that are current and seek to capitalise on vulnerability, uncertainty and complacency.

There are topical frauds that are opportunistic in nature, such as letting fake accommodation to students to collect deposits or issuing false TV licence refund notices in order to obtain banking details.

Alternatively there are quite sinister phishing campaigns that seek to trade off of public trust, including frauds that have started through criminals posing as London police to offer money from the compensation fund. The fact that such communications purport to be from the National Fraud Intelligence Bureau or the Fraud Intelligence Unit is an unpleasant irony that is further designed to gain trust. Another example is where criminals have sent out fake British Gas bills that are linked to malware. The customer is simply locked out of their computer and directed to an online payment page to pay a ransom. 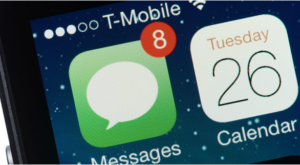 However, it is the social media frauds that are on the rise and are becoming a staple of the cyber-criminal. Aside from the abundance of personal information that can be viewed legitimately, social media sites offer the opportunity to interact with unknown persons and build up an element of trust that can be used to perpetrate a crime directly or help establish a weakness in controls.

Recent frauds involving social media have included criminals setting up fake profiles of investment traders. The profiles themselves are professionally constructed, complete with trade history, photos of material possessions and testimonials. They aim to target the younger investor with low initial contributions, which are obviously not invested anywhere and victims are blocked on the social media site. No money has ever been recovered from such schemes and often victims are tricked twice when asked for a ‘release fee’ to receive the profits made.

Facebook is also a common site for frauds, with profiles being hacked and friends of the victim being contacted to receive payments through PayPal for various reasons. They then communicate via WhatsApp and convince the friend to act as a middle party and transfer money on to a specified bank account. A chargeback is then added to leave the PayPal user out of pocket when the money is transferred on.

In addition, police have uncovered malware that mimics WhatsApp and Facebook, overlaying the legitimate software with a fake interface which is designed to encourage victims to reveal financial details. The first phase of the scam tricked 130,000 victims, so the scale of the fraud is significant and only encourages more criminal activity.

Perhaps one of the closest linked fraud to our industry is the infamous boiler room, which continue to operate from London’s most respected districts. Raids have taken place at over 100 offices in Canary Wharf and the City but disruption teams can only slow the activity for a period of time rather than stop it. In fact figures suggest a growing problem, with a 10% rise in fraud reports to 3186 cases for the 2015/16 financial year.

In a bid to raise awareness, the FCA run a website called ScamSmart. This is a centralised hub for notifying scam activity and other warnings.

If you would like to know more about further financial planning services we offer please e mail or call us to discuss.