Welcome to the latest edition of our Financial Crime Awareness Bulletin. This bulletin considers recent developments and trends in the area of Financial Crime and is intended to bring them to your attention. We aim to raise awareness of key topics affecting the industry, highlight important issues, changes to legislation and re-emphasize the need to remain vigilant to the potential for you to be targeted for financial crime.

In a bid to improve defences against cyber-attacks, the UK has recently launched the National Cyber Security Centre (NCSC) in London. This is designed to improve Britain’s resilience to attacks and act as an operational control centre. At the present time the UK suffers 60 serious attacks per month and so structured counter measures have become a necessary step to guard against the growing threat.

As well as protecting against and responding to high-end attacks on government and business, the NCSC also aims to protect the economy and wider society. The UK is one of the most digitally dependent economies, with the digital sector estimated to be worth over £118bn per year – which means the country is a target and vulnerable to disruption.

Whilst a cyber-attack on infrastructure could create large scale disruption, it is the loss of confidence in the digital economy from individuals and businesses that creates a longer-term consequence.

Although the UK has applied protection controls for many years to make the UK a hard target, these have typically been secretive in nature and work behind the scenes. To the contrary, the NCSC intends to operate with a higher profile in the fight against cyber-terrorism, cyber-espionage and cyber-theft. Part of the unit’s remit will be lawful powers to critically disrupt the infrastructure of ‘adversaries’, which essentially levels the playing field and means the response to threat can be more proactive.

Whilst the NCSC will not have a direct focus on the financial services industry, the intention to strengthen protections can only be a positive step in the right direction. Recognising the significance of the threat and responding with increased counter-measures is an indicator of the government’s readiness to combat the risk posed and shows how seriously the issue is being taken.

As was reported by the BBC, a new scam has emerged where cyber-criminals are taking control of business and personal computers.

The scam, which has extended to ‘tens of thousands’ of victims, is instigated by a printer error message. The fraudsters offer printer helplines that are contacted voluntarily by the victim. Through helpline conversations, control of the computer is given over to the criminals who are both stealing personal data (such as bank details) and demanding payment to hand back control of the system.

Fees to return control of the computer uncorrupted have been as high as £700 and the scale of the fraud shows this to be a significant risk and an ultimately successful fraud against unsuspecting people.

The number of recorded cases in 2016 reached 32,000, representing a rise of 47% from 2014. This is evidently an area of increased fraud activity and is likely to continue its rapid rise. Official advice is for technical guidance and error support to be directed to the manufacturer and to be cautious of anyone wishing to take control of hardware – fairly simple but can be the difference in a scam scenario.

The advice is relatively consistent with all forms of cyber fraud – contact the bank / company to validate an approach, don’t give out personal details, don’t trust the caller, verify identity, question the overall situation, etc. 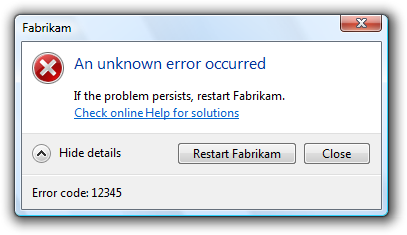 If you would like to know more about further financial planning services we offer please e mail or call us to discuss.